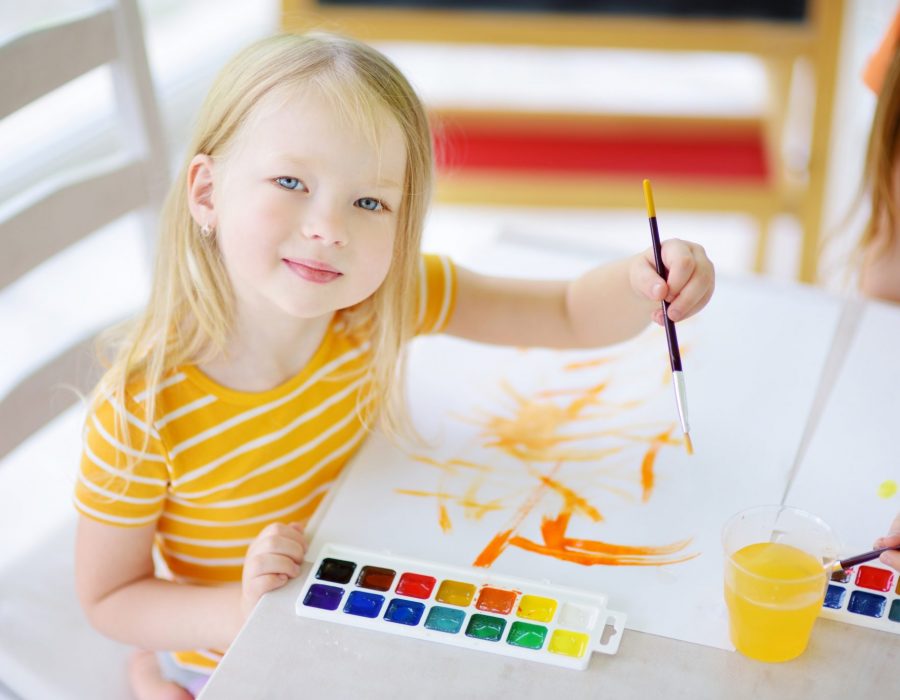 I recently had the opportunity to babysit for a friend.  Since I don’t have children, this was quite an event.  Her daughter is six years old and in kindergarten. I love interacting with children of this age for the usual reasons—no diapers to change, they can clearly communicate their needs/wants in complete sentences and they have a refreshing and wonderful sense of humor. I also love that they have a vision for their futures.

Most any child that age is quite definitive about what he or she wants to be when they grow up.  Sometimes they may still be in the process of narrowing down the choices, but when asked, they typically answer quickly and with conviction.

For my friend’s daughter, the question was decisively answered with the response—fashion designer.  I don’t know about you, but when I was six I wasn’t even aware that such a vocation existed.  Not surprising I suppose, since my wardrobe consisted mainly of Toughskins, Garanimals and a few hand-me downs from older cousins.  What I found absolutely inspiring about my little friend’s vision was that she not only knew what she wanted to be, but how she was going to get there.  She had a plan.

She told me that her favorite class is art or “awt” as she pronounced it.  She also revealed that her grandmother and aunt were going to teach her to knit and sew, because as she informed me, “every fashion designer needs to know how to sew!”

Her passion for creating led us to undertake some crafting activities. And right at my dining room table, the start-up of a six-year old’s microenterprise began to transpire.  She asked for paper and markers to draw me a picture.  I rummaged through a closet and produced a small storage container full of random crafting supplies.  One peek into that box and her plan to simply draw me a picture turned into the vision for an entire product line.

She took the confidence that she had for her own skills and combined that with the resources within that container, and before I could say Wobizzle.com, production was underway.

She began creating her mixed-media artwork, an outdoor scene of three Christmas trees, using her paper, markers and random items from the crafting container.  When she was finished, she immediately began production on another, then another, then another.  As she began each new piece, she announced the intended recipient of the work.  I was delighted that I made the list. Five pieces later, she concluded her work day and we retired to the living room to watch a video.

As I watched her operate, I realized there were a few business lessons to be learned from this young entrepreneur.

Do something you love and are good at

My young friend not only enjoys creating art, but also has a great amount of confidence in her ability to do it.  She took pride in each piece and was certain that the individuals she would be giving the pieces to would be very pleased with the product.  Her love for her craft kept her happy and motivated as she kept the production line moving.

After a few unsuccessful attempts of trying to glue sequins onto the paper, my young guest enlisted my help to handle the job.  She realized that she didn’t have the skills to do it efficiently, so she outsourced the task.  The result was that the job got done and she was able to spend her valuable time on the portion of the project that required her expertise.

So, today I challenge you to channel your inner six-year old.  Draw out the confidence and imagination you had at age six (I know it’s in there somewhere), combine it with the skills, experience, knowledge and street smarts you have developed in your adult life and simply believe.  Believe in yourself and your ability to turn your great idea into a business success.

We've all heard about the power of positive thinking, but this one was new to us. Did you know that positivity can increase productivity? You can use optimism to battle … END_OF_DOCUMENT_TOKEN_TO_BE_REPLACED

Online professional networking platforms like LinkedIn are great, we highly recommend them. But there's something to be said for going "old school" once in a while. Reach … END_OF_DOCUMENT_TOKEN_TO_BE_REPLACED

An often overlooked feature on LinkedIn is the cover image on your profile. That's the horizontal image behind your round profile photo. It's valuable marketing real estate … END_OF_DOCUMENT_TOKEN_TO_BE_REPLACED